“It is crucial for our country’s next generation of leaders to travel, live, work, intern or volunteer abroad in order to gain the skills needed to understand and operate within the global political and economic landscape of the 21st century. It is in America’s national interest, writ large, to build and sustain a globally minded and internationally literate workforce, not just for government, but for private industry and society more broadly.

Americans who study abroad become unofficial ambassadors for our country, defining American values and debunking stereotypes. They gain critical perspectives and begin to establish networks that enhance their individual prospects in the global marketplace and their future potential as global problem-solvers.”

China is winning at travel

I’ve never quite looked at travel from such a purely national interest point of view before. Several of the speakers from the administration who addressed us referenced China, and that there are nearly as many Chinese students studying in the United States as there are total American students studying everywhere. China just overtook the United States as the largest economy in the world. So much of present day and future global business runs (will run) through China.

(Note: I’ve written books on the global fashion and food industries and both took me to China. Pretty much any book on the global economy would involve research in China.)

While the global financial crisis led to the United States looking inward, the influence of China continues to grow. The best example of this is that in the past few years I’ve been mistaken as a Chinese man in several countries in Africa and also in Central America.

Travelers build connections with the rest of the world. China is building more connections than the United States, and that’s why President Obama wants more American students to study abroad and more of us to travel. To do so, the State Department announced a new office dedicated to promoting study abroad.

When we Travel, We Change Each Other

We heard from a lot of really smart people with really fancy titles. They offered great quotes from world leaders and a few original ones themselves. We heard from the director of the Peace Corps and from two hosts of shows on the Travel Channel. But for me, nothing captured the impact travel makes more than the presence of two of my fellow attendees: Rolf Potts and Alex Montoya. 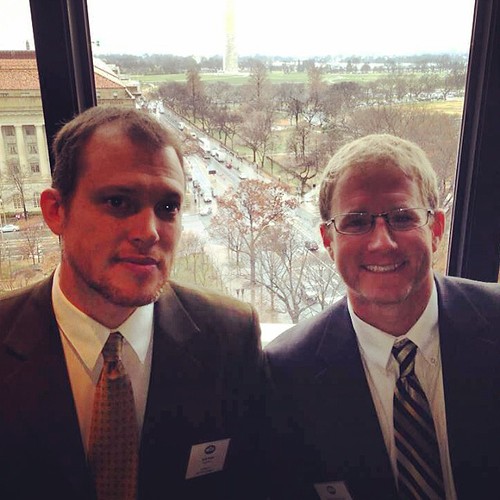 You may have heard of Rolf. He’s the author of Vagabonding and Marco Polo Didn’t Go There. I first came across his work when his story Storming the Beach appeared in The Best American Travel Writing 2000. The story featured Rolf’s attempt to infilitrate the set of the Leonardo DiCaprio’s film the beach in Thailand. I loved the gonzo-journalism way that he told the story.

I studied that story and thought, “I’d like to do that.”

From that point forward my stories began to have quests, tasks, and purposes. For instance, I went to Honduras because my favorite T-shirt was made there. I had adventures worth writing about and then I thought ala Rolf Potts I would try to infilitrate the factory in Honduras where my T-shirt was made. I came face-to-face with Amilcar, a worker from the factory, who was about my same age. That’s when things got real, as the kids say.

I started to see how interconnected we are with the rest of the world, and I was curious to more fully explore that interconnectedness. That led to the obsessions which became my books Where Am I Wearing? and Where Am I Eating?. These books have allowed me the opportunity to share my stories from the page and the stage at 100+ college campuses across the country where I encourage students to travel and to study abroad. 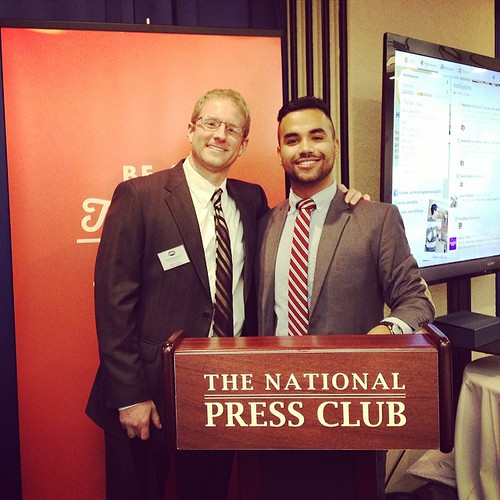 One of those students was Alex Montoya at West Texas A&M University, which selected Wearing for their readership program (every freshman was supposed to read it and write an essay). Alex is a first generation college student who thought study abroad and travel were beyond his means.

It had been more than four years since I visited WTAMU and met Alex as a freshman. Overlooking the White House from the top of the W hotel during breakfast, Alex told me that the readership program made him want to travel. He worked three jobs his freshman year to afford to study abroad in Europe. He wasn’t done. He applied for and received a Benjamin A. Gilman International Scholarship through the Bureau of Educational and Cultural Affairs, which paid for him to study and work in Shanghai.

During the White House briefing Alex sat on a panel with Evan Ryan, Angel Cabrera (the president of George Mason University), Carrie Hessler-Radelet (the Director of the Peace Corps), and Travel Channel host Samantha Brown.

He wasn’t even nervous. He was articulate and passionate about the power of travel to change lives because it had changed his.

I sat in the audience in awe of Alex and the moment when he said that when you travel time slows and you get to step away from the busyness of our day-to-day lives and think about important things, about what we want to do with our lives, and how we can make an impact on others.

I scribbled in my moleskine notebook proud that maybe I played a small part in Alex’s journey. Two-seats down from me, Rolf did the same.

For more info on study abroad opportunities offered by the U.S. State Department including the Gilman Scholarship visit http://exchanges.state.gov/.

If you have a reason you think students should study abroad, please join me in sharing them on Twitter using this awesome app:

Was the best decision I ever made. Even though I didn’t utilize it as well as I should have (Florence was a giant party.) I’ve found that it was one of the most influential periods for me and my current job as an active adventure tour guide.

Good – I should certainly pronounce, impressed with your website.
I had no trouble navigating through all the tabs as well as related information ended up being
truly simple to do to access. I recently found what I hoped for before you know it in the least.
Reasonably unusual. Is likely to appreciate it for those who add forums or anything, web site theme .

a tones way for your client to communicate. Excellent task.