A slow clap for stay-at-home moms I’m on stage. She’s putting the kids to bed.

A thousand set of eyeballs stare at me. Two stare at her.

My words inspire laughter, hers tears.

She hears: a ticking clock, a baby rustling, a lullaby singing.

Everyone wants to know what my wife, Annie, thinks of all my adventures and if she wants to come along. She doesn’t. We’re different like that.

I’ve been away for the past week and I miss Annie, who recently became a stay-at-home mom, and our kids. I can’t wait to pick up my daughter, Harper, and twirl…

Can you believe this dorm at TAMU-Texarkana?!?!?!

“Yee-haw, yee-haw, yippie-yi-yo, Texas here I come.” Harper singing one of her favorite songs from Backyardigans and it just happens to be where I’m heading this morning.

She calls the hat her “cowboy hat” and she just has to wear it when she’s riding her Fischer Price horse she calls “old paint.” I think my little cowpoke needs a real cowboy hat. I’ll have to find her one in Texas. …

The coolest 9.11 logo you'll ever see

Ten years ago I was in Australia and had no idea about the tragedies that hit my homeland until I read about them in a newspaper on September 12th.

In honor of the 10th anniversary, Team, Red, White, and Blue — a patriotic bunch with a running problem — is hosting a memorial run. They had Justin Ahrens and Rule29, the designers of my site, design an awesome logo for the event. It’s one of the coolest logos I’ve seen commemorating the events of 9.11.

Why do we hate teachers?

Okay, maybe the title of the post is a bit inflammatory, but consider this excerpt from a recent column in the NYTimes by Charles Hill:

McGraw-Hill Research Foundation and the Organization for Economic Cooperation and Development found that one of the differences between the United States and countries with high-performing school systems was: “The teaching profession in the U.S. does not have the same high status as it once did, nor does it compare with the status teachers enjoy in the world’s best-performing economies.”

The report highlights two examples of this diminished status:

• “According to a 2005 National Education Association report, nearly 50 percent of new teachers leave the profession within their first five years teaching; they cite poor working conditions and low pay as the chief reason.”
• “High school… 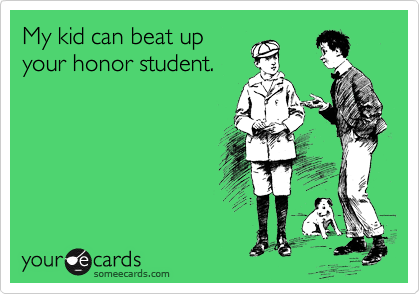 “I’m Kelsey Timmeran. My daughter’s name is Harper. She’s two…” and this is where I needed to say something interesting about Harper.  I don’t like intro situations like this. In fact, sometimes my…