Writing Turns Me On

“I made a deal with my muse. I leave her alone and she leaves me alone.”

Writing turns me on.

No, not like that you perve.  Okay, maybe I should restate that.

I have a writing switch that I turn On and Off.  When it’s on I search for narrative threads. I scan for details.  I probe. When it’s off I just kind of fumble through life a victim of my scattered brain.  It would be great if I could just leave the switch on and suck all the meaning I could out of a trip to the grocery, but that would be exhausting.

I would lean over the food conveyor thingy and stretch to see the checkout lady’s shoes.  You can…

Face-to-face with the ultimate pit viper.  (cartoon by Geoff Hassing) 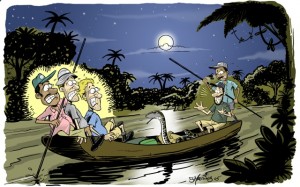 Next week I’ll share the story behind this cartoon….

On Monmouth College TV aka "The Big Time"

Thanks to Monmouth College TV for sending me this bit on my recent visit.

Where is Kelsey? (Bonus Clue)

Apparently I can’t follow my own contest schedule.   I’m supposed to post one clue each week, alternating video clues with photo clues.  Last week I posted one of each. Oops. So, to get us back on schedule I’m adding another clue (below). From now on I’ll be post a clue each Wednesday.  Here’s the schedule.

And your bonus clue:

Truth & Books: Why you shouldn’t believe everything in Sarah Palin’s book

The Associated press and staff members of the McCain campaign have called into question facts and quotes in Sarah Palin’s “Going Rogue” even before the book has hit the shelves.

This doesn’t surprise me.   And it’s not because I think Sarah Palin is full of moose crap, it’s because no one fact-checked my book except me.  Mind you, I did it over and over again until I wanted to rip my eyeballs out.

When David Sedaris wrote about buying a box of condoms in the New Yorker a fact-checker called Cost Co and asked if he had the quantity in the box right.  Isn’t that ridiculous? It had zero to do with his story.  But, you know, you have to respect every word written in the New Yorker that…

Where in the World is Kelsey? Clue #1

I was an unofficial international ambassador of baseball in this country. 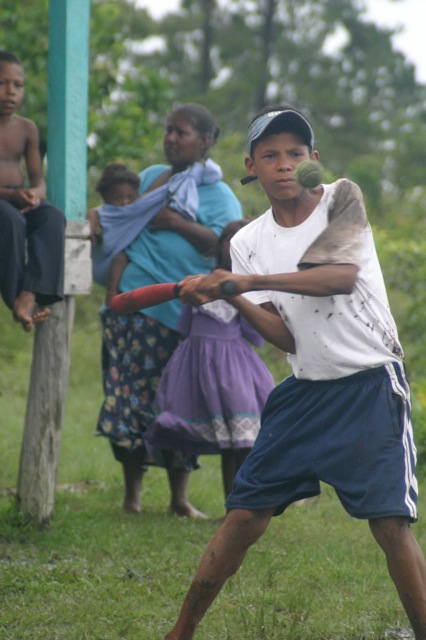 Where in the World is Kelsey?

By Kelsey // Travel, Where is Kelsey Contest
You never know where in the world Kelsey will turn up or why he is there. He went to Bangladesh because his underwear was made there. He went to Romania to spend the night alone in Dracula’s Castle. And no one is sure why he went to Kosovo. He claims it was to PlayStation, but that doesn’t make any sense at all, does it?
Lucky for you, to win a HD Video Flip camera plus a few Frommer’s travel guides all you have to do is guess Kelsey’s secret location, not his motives.  Each week you’ll be presented with photo of the location and…
Read More >
42 comments
Tweet
@KelseyTimmerman
says:
This culvert seemed expensive when we bought it, but then we discovered it was a time machine. And as time machines… https://t.co/LnodupqSof
2 days ago | FOLLOW ME! | RETWEET