Since I’m eating Fair Trade chocolate today for lunch and nothing else, I have a question for you:

Leave your answer to be entered to win this bag of Fair Trade goods. After you leave a comment take the BeFair Survey. 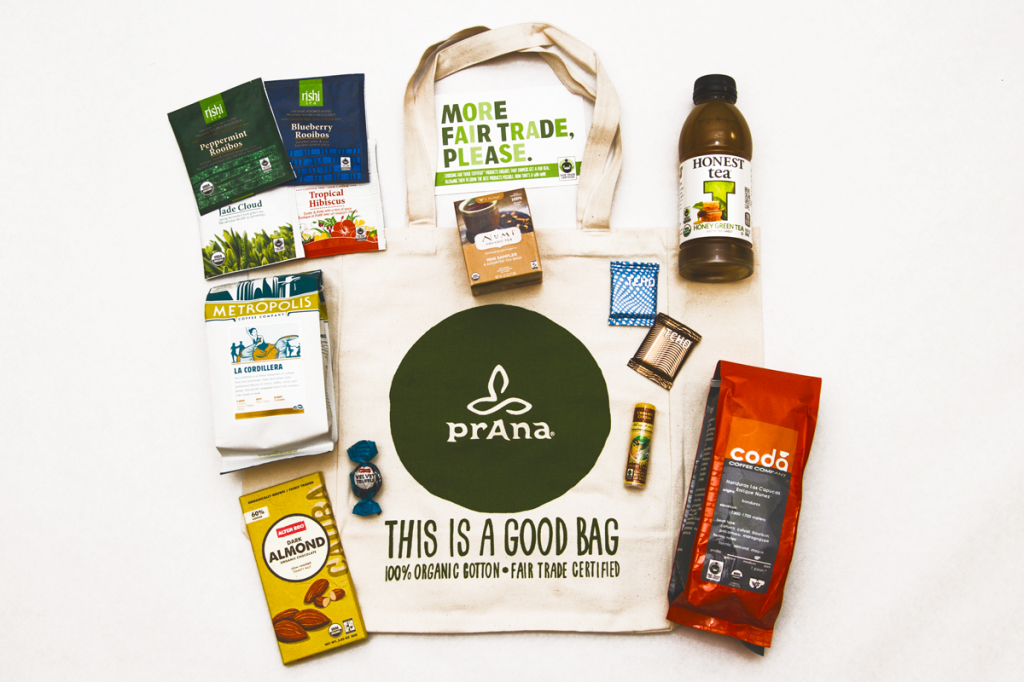 Did you know there were two fair trade organizations? Answer with a YES or NO in the comments and you’ll be entered to win a Fair Trade gift bag.

Yes, there are. As of 2011 Fair Trade USA, formerly known as Transfair, and Fairtrade International parted ways.

Who has a bigger and better impact? Fair Trade wonks can argue about this all day. From my view, their goal is the same: improve the lives of farmers. They both set minimum prices for farmers and pay social premiums back to farmers. These two points set them above all other certifications in my opinion.

The trick with any certification is that the stricter the environmental and social standards, the fewer farmers and laborers who benefit from the standards….

Have you heard of the Fair Trade, C.A.F.E. Practices, Utz, or Rainforest Alliance certifications? Leave a comment listing the certs that you’ve heard of and you’ll be entered to win a Fair Trade gift bag.

In Where Am I Eating? I mention a major fast food chain that buys a lot of Fair Trade coffee, but couldn’t reveal what chain. Now I can.

It was McDonald’s! Surprised?

Here’s how the section should read now:

You already support fair trade more than you know. Two separate sources confirmed that McDonald’s buys 30 percent of their coffee certified Fair Trade. That’s 22 percent more than Starbucks. Yet here’s the problem: no one knows this or can talk about it publicly because the company is worried that… 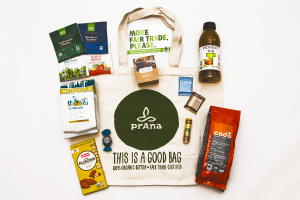 This gift bag is awesome, but pales in comparison to the absolutely gi-freaking-normous grand prize that Fair Trade USA is giving away (both…