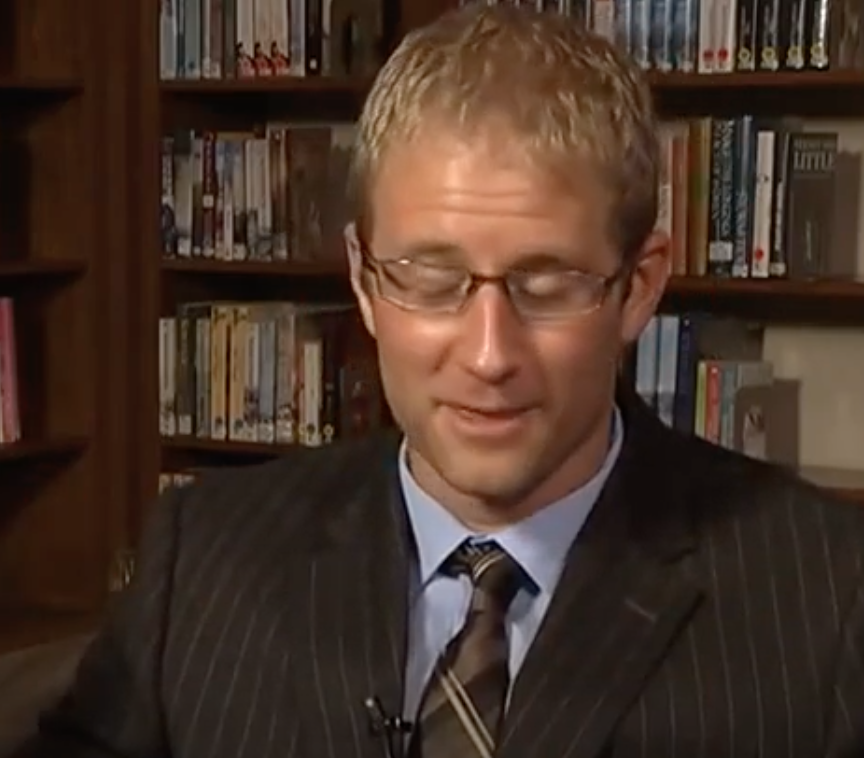 I had been to China exactly one time. I met a couple who worked in the factory that made my Teva flip flops near Guangzhou. I had traveled to the rural province to meet their son who they hadn’t seen in years. I had talked with people who had lost their homes in the valleys flooded by the Three Gorges Dam. I had read a few books on China and trade. But I was no expert.

So I sought to make myself an expert through an hour of googling and reading news stories. When I had done all the preparation I could do, I laid my suit jacket on the backseat of my royal blue Pontiac G6, and prepared to drive to the station in Indianapolis that would host me.

There’s no feeling quite like nervous sweating in a cheap suit. I was miserable.

My book “Where Am I Wearing” had just come out. I was 28  and I felt like I needed to know everything there was to know about the garment industry and globalization. There was no question I wouldn’t attempt to answer with authority.

There’s imposter syndrome: feeling like your lack of skills or knowledge will expose you as a fraud even though you have sufficient skills and knowledge. And then there is being an imposter: pretending to be someone you were not.

In my suit, ready to appear on Fox Business, I was an imposter.

I was beginning to realize that writing a book comes with unearned authority. I was an authority talking about the people I met on my journey following my favorite items of clothing around the world. I had done enough research to write about the economic and political forces that impacted their lives. But speaking on trade policies? In China? On TV?  Nope.

Never trust someone who knows everything. It’s a lesson I should’ve known from my days working as a SCUBA instructor. It was always the guys (and it was always guys) who acted like they knew everything about diving and didn’t need any sort of assistance or guidance, who would be the first to panic and require rescuing.

Since that first book, I’ve written three others. I get invited to classes and propped up on stages to speak with audiences. Sometimes at the end of a talk, someone will ask a very specific question prefacing it with their very specific knowledge, showing their authority. The question could be about a particular area of the 1,700-page NAFTA agreement. Suit Kelsey would’ve taken a swing at an answer.

Now I recognize people who never grow to “I don’t know.” They are so used to being a looked-to expert in one area that they begin to believe they are experts in all areas. They are imposters and don’t know it. And suddenly we have politicians who don’t know how government governs. Tech billionaires impacting food and agriculture policy in Africa. A world of suits pretending they know better than actual on-the-ground experts.

Before I turned the key and backed out of my garage to drive to my Fox Business interview, the PR person called. The segment had been canceled. Some other breaking news had bumped it.

A weight lifted. The moment felt like the first day of summer break. Like freedom. I was so close to losing myself in that suit. My appearance surely would’ve gone viral on YouTube and the phony version of me would become the version most people knew.

As I took off my suit, I vowed to never put myself in that position again. Dressing like someone I wasn’t. Pretending to know things I didn’t.

I read your first book whan it came out and the subject matter stuck with me, so you were doing something right and making an impact, but more importantly, you became an author that I can trust. This is not a small thing. Honesty, The ability to say “I don’t know”, the authenticity of searching for information and sometimes having to search again–these qualities are sometimes too scarce. I beg your pardon that I have not yet read your other books yet, but I have always been a cheerleader for you as a writer. Thank you for your dedication to important topics and your integrity in reporting your observations.