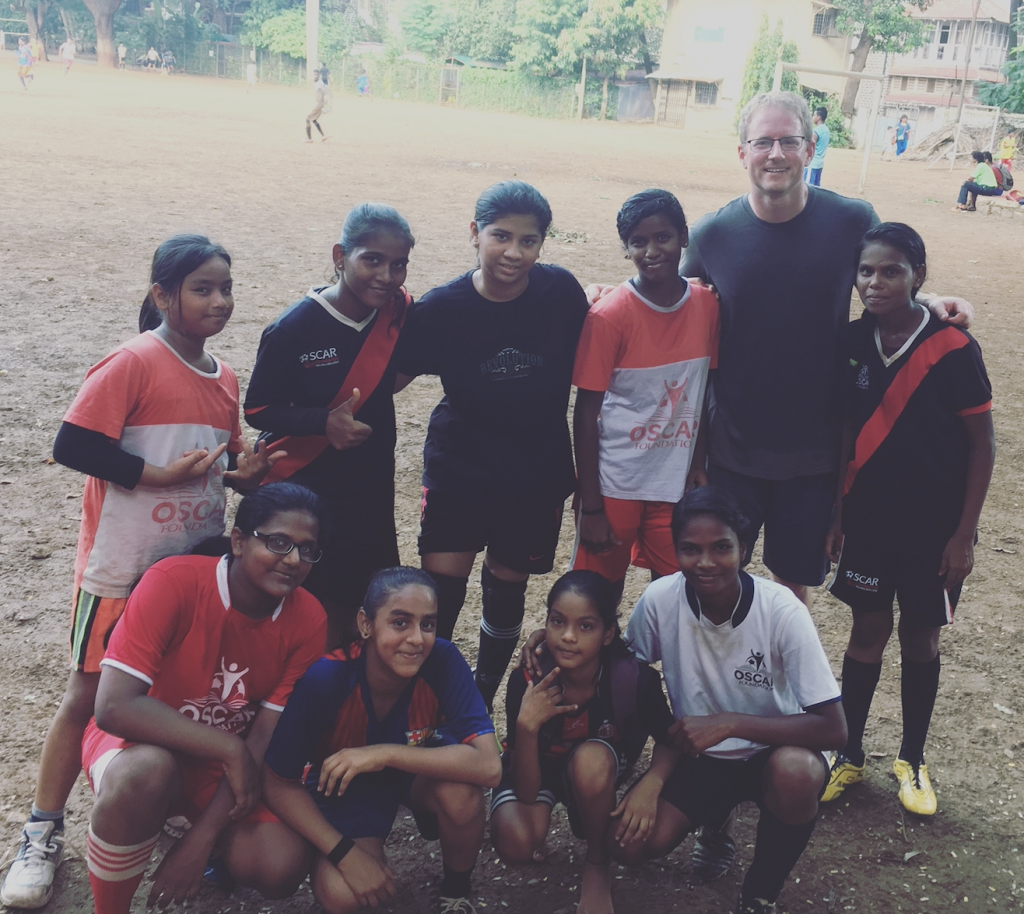 While reporting around the world from some 60 countries, I’ve seen soccer/football played in almost all of them. Often the ball wasn’t a ball but a plastic bottle, or plastic bags taped together, or some collection of cloth and string and tape.

I had assumed that’s why football (soccer) was called “the beautiful game.” Football can be played with anything that can be kicked and almost anywhere. Football doesn’t require expensive gear, manicured grounds, or any equipment whatsoever. If you want to play football, you can play football.

Half of the world’s population lives on less than $2.50 per day, yet football is accessible to everyone.

Yet it turns out there is no settled origin story of why football is call “the beautiful game.” Some say it’s the grace required among individuals and teams. Some say it’s because David can beat Goliath.

Let’s accept that a thing can be beautiful to different people for different reasons. Okay?

Football is beautiful (to me) because it is accessible to people regardless if they are subsistence farmers, residents of a slum, or live in a war-torn nation near a minefield.

I met a guy, Ashok Rathod, who had lived his entire life in a slum in Mumbai. He spent $6, a large chunk of his weekly wages, on a football so he could coach kids that lived in his community. Ashok eventually founded the OSCAR foundation. If the kids wanted to play, they had to stay in school. Today his organization has received international recognition from Juan Matta, Prince William, and Pharrell Williams, and has impacted the lives of 14,000 children across India. And it all started with a $6 football.

Qatar spent $220 billion on stadiums and infrastructure in order to host The World Cup. That’s more than any country has ever spent on the Olympics. The nation has a population of 3 million, and 88% are migrant workers from places like Ashok’s community in India, Nepal, and Sri Lanka. Since being awarded the World Cup and beginning construction in 2010, 6,500 migrant workers have died. Maybe one of the players I played with when I visited to report on Ashok and OSCAR were among the dead, since many relatives pursue opportunities in the Middle East.

Qatar doesn’t have much of a football tradition and daytime temperatures can hit 130-degrees. It’s not a logical choice to host such a sporting event. The nation was a long shot to be selected as the host, but Qatar bribed FIFA officials as did Russia to host the World Cup.

There are other issues. Only recently did the nation announce to the surprise of sponsor Budweiser that beer would not be served at the World Cup. How the hooligans going to hooligan?

It’s illegal to be gay in Qatar. Players faced penalties from FIFA if they wore “One Love” armbands in support of the LGBTQ+ community.

The problems go beyond Qatar to the World Cup in general. Other host nations have had labor issues–poor working conditions and pay for the necessary infrastructure. Brazil constructed a $200+ million stadium in the Amazon that hosted four matches. It’s one of a long line of excessively expensive stadiums that have been abandoned. Crumbling memorials to the waste and irresponsibility of modern life.

There is so much money in football. With money comes corruption and exploitation.

Like half the people on planet Earth, I’ll tune in, well aware that some of the players on the pitch might’ve started playing by kicking homemade balls through makeshift goals. That’s indeed beautiful. But also aware that the migrant workers who may have come from those same communities left siblings, parents, and children, often paying $2,000 bribes for the opportunity, attempting to improve the lives of their families back home.

At the World Cup in Qatar 832 players will play on the fields, which 6,500 migrant workers died to build.

The game of football is beautiful, the realities of our world and the World Cup are ugly.

Read: In the coming days and weeks of the World Cup, I plan to share some excerpts from my soccer reporting through the years.

Listen to an Episode of The Good People podcast in which I interview Seren Fryatt of L.A.C.E.S., an NGO that works to create a sustainable, replicable model of community development using sports as a tool to reach at-risk youth and empower their local communities.