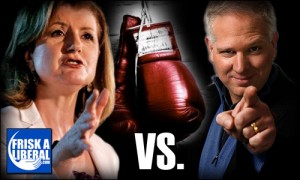 But now people are rushing, quite literally, to reengage in civic life. They want to start fresh and awaken the public good. They want a real democracy again. And my daily interactions with Greeks during my visit were a reminder of the incredible talents and abilities and resources that are being wasted.

Nevertheless, the media’s focus is on the shrunken and pinched debate about austerity. Instead of a debate about how to tap into the human and natural resources Greece teems with, all we hear is about how deeply services should be cut.

And what’s going on in Greece right now, to paraphrase the Patriarch, is an extraordinary invitation to reengage. It’s a moment to tap into what’s best about us, to connect those who, as the student in Syntagma Square said, “still have dreams,” and, together, overcome massive challenges.

“Nothing’s going to change unless you and I roll up our sleeves and become part of the solution. “

There will be cuts. The next few years aren’t going to be easy. Some believe those cuts are all we need, that if we control spending our economy and the lives it influences will heal. Others believe that we need to spend more. I’m not smart enough to know who’s right, but the truth – as it often is – is likely somewhere in the middle.

But even Arianna Huffington and Glenn Beck, who sit as political polar opposites, agree that the government won’t fix it or screw it up by itself.

You and I are part of the problem, but we’re also the solution.