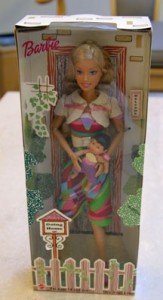 I wasn’t aware that Made in Malaysia might mean made by imported, forced labor.  The story below shows Bangladeshi workers crammed together.   Their passports are confiscated and they earn $5 per day.

Look, if $5 per day is at or above the average wage, I don’t have a problem with it.  But every worker should have the right to go to their employer and say, “take this job and shove it!” When an employer confiscates passports and manages to workout relationships in which the employee owes them, that’s slavery and it needs to be stopped.

This story’s heart is in the right place, but it’s reporting is a bit thin. I would have liked to see a few more questions answered:

At Home in Utopia

With GM and Chrylser going bankrupt there’s a lot of blame that gets directed towards unions.  Unionized labor at GM costs $71 per hour.  In comparions Toyota has no unions and their labor cost is only $47 per hour.

Joann Muller wrote a great piece in Forbes on why the unions aren’t to blame.  She writes that one of the major expenses GM faces aren’t employees being paid that much more than the workers at Japanese automakers, but the legacy costs.

it’s misleading to suggest that Detroit autoworkers are paid $71 an hour. About $17 of that is the cost of health care insurance for retirees. General Motors has 442,000 retirees in North America, four times as many current employees. Toyota has only 371 retirees in…

JD Rinner at Budget Travel recently interviewed me.  I need to take the photo of me in Honduras off the photo page I send to media folks.  They always choose that one. When I use the photo in presentations I accompany it with, “Come on. Would you let that joker into your factory. The fro…the T-shirt… Really?”

The cool thing about the interview is that they asked some travel related questions I haven’t been asked.  Have a sample:

A: Trust someone you meet, but be weary of anyone who approaches offering help.

Q: How do you make sure you’re experiencing a place as a local would?

A: That’s easy. Experience a place with a local by your side. Make…

This morning I was craving me some donuts.  So it began…

“You don’t need any,” the reasonable part of me said, “You’ll be on a sugar high for a few hours and then you’ll crash on the couch worthless for the rest of the day.”

“But I just want two,” the rest of me pleaded.

“How bad do you want them?”

“How about I run first. That’ll wake me up and burn some calories.”

So that’s how the bargaining went down. I ran and then, 45 minutes later, I was standing in Concannon’s Donut shop staring at case after shiny case of glazed, sparkled, filled, iced, and sugared doughy goodness.

I picked my two and stepped to the counter to pay.

I pulled out my credit card.

“Oh,” the donut lady said, “we only take credit cards…

Read More >
3 comments
Tweet
@KelseyTimmerman
says:
Consumer assume the ethical/local/slow food movement has continued to grow, but many of the farmers have experience… https://t.co/Q32M9Ubh7H
12 hours ago | FOLLOW ME! | RETWEET