Posts with Category Where Am I Eating 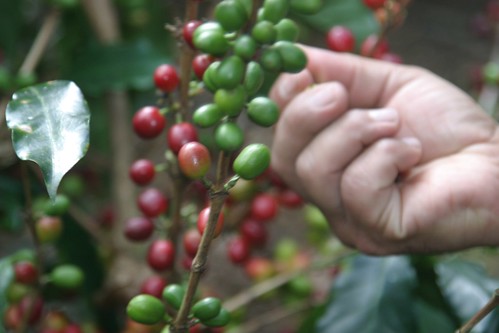 Earth Day marks the second anniversary of the first edition of WHERE AM I EATING? Writing a book on the global food economy opened my eyes to the impact man and agriculture have made on Earth. Here are three stats from the book that every American should know:

And in case we don’t get our shit together and start lessoning our impact on our planet, here is a video John Oliver’s Last Week Tonight team put together to mark the end of our species and planet. [Warning: You could be sucked into a vacuum of cat videos]

Tim McCollum, a former Peace Corps volunteer, is the CEO of Madecasse, a Brooklyn-based chocolate company that sources cocoa and manufacturers chocolate entirely in Madagascar. Tim joins me LIVE on Google Hangouts to discuss the African cocoa industry’s challenges and potential. Join us! Ask a question!

Here’s a promo video from Madecasse:

Review WHERE AM I EATING and get goodies!

Would you help share the stories of the farmers and fishermen who catch pick and grow our food? What if there was bacon and chocolate on the line? That’s right…BACON, chocolate, and some other goodies.

The paperback of WHERE AM I EATING? is coming out in about one month. I’m pumped for the stories of the farmers I met on my global farming adventure to spread even more. About 80% of the folks who read my first book, read the paperback. So a big push on the the paperback is really important.

If you’ve read EATING, now would be a great time to share what you thought of it by writing a short review on Amazon, Goodreads, or any other review site  or blog of…