It’s been awhile since I’ve done an “Adventures in Spam” piece. Here’s my last one. Anyhow, I received the following email below and thought I would take a break from writing for a few minutes to respond.

It is my pleasure to contact you for a business venture which I intend to establish in your country. Though I have not met with you before but I believe one has to risk confidence to succeed sometimes in life. There is this huge amount of Seven million Five Hundred Thousands U.S dollars ($7.500.000.00) which my late Father kept with a Fiduciary Fund Holder in Abidjan before his death.

Now, I have decided to invest this money in your…

I’m stuck on a train in Connecticut. You can follow my tale of survival on twitter at #stuckontrain . There’s no AC, but there’s plenty of gaseous kids. 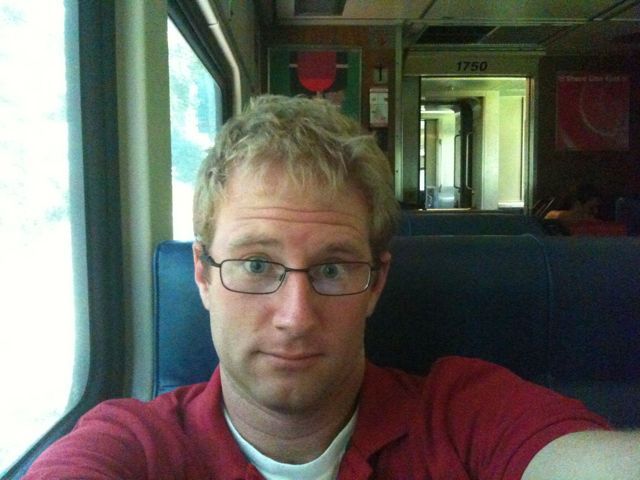 An $8 whiskey near Wall Street. Where is Windell when you need him? Glad I brought my credit card. A Popular post written by a boob for boobs…did I mention boobs yet?

If I were paid per page view, I would wake up in the morning and write a headline like the one above.

This is what our world is coming to. Journalist Michael Ayers (@michaeldayers) shared a story with me this morning in the New York Times – In a World of Online News, Burnout Starts Younger.

The piece is about how online journalists are on deadline around the clock and judged by the amount of page views their pieces get. Here’s a passage:

…they try to eke out a fresh thought or be first to report even the smallest nugget of news — anything that will impress Google algorithms and draw readers their way.

Tracking how many people view articles, and then rewarding — or shaming — writers… So far our project has been a success. Much more of a success than our recent trip…