Awww, wook at the wittle ferret…

I was in the local Books-a-Million yesterday talking with the manager about setting up an event around the release of my book. I took in an advanced copy to reinforce that, yes, I had written a book, and here it is.

“Is it a print-on-demand book?” he asked, as he searched for it on his computer.

“No.” I never know how to respond to that. I mean it isn’t a POD, but, still, I kind of find that offensive. I don’t want to come across as if publishing by the POD method is beneath me, but what about me makes this fella, and a host of others that I’ve met, assume that a publisher wouldn’t have paid me to publish my work?

Is it the flip-flops?

Or, perhaps, my inability…

Is Peyton Manning the Governor of Indiana? You decide… 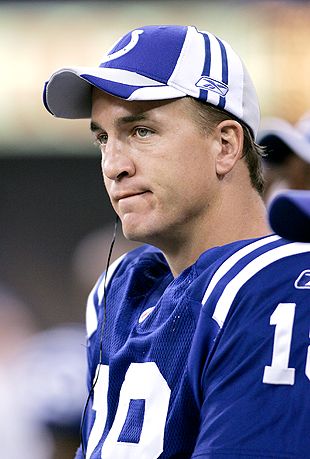 The Mysteries of the copy edit

I received the copy edit of my manuscript yesterday and quickly realized there’s no way I could be a copy editor.

The attention to detail is phenomenal, almost inhuman. Extra spaces are deleted, words that shouldn’t be capitalized are un-capitalized and ones that should be are, that’s and which’s are used properly, and a host of other grammatical and style issues are corrected. All of this hard work that will make me look much smarter than I am has been done by someone who has remained nameless to this point.

To that nameless someone…

“I’m sorry for all of the oversights. You must think I’m an idiot. Thanks for your hard work.”

The copy edit Style Sheet came with a Word List. I’m not exactly sure what the…

To jet-ski or not to jet-ski

I’ve never been much of a fan of the jet-ski. I’ve always looked at them as reckless boat parasites that tailed skiers too close in search of wakes to jump.

This weekend when I found myself on a jet-ski having fun, I was a bit surprised. I had been on jet-skis before and they never really did it for me. But I never had been on a jet-ski with my nephew, Jared, 4.

That little guy sat in front of me urging me to go faster and to do more tricks. He made motor sounds. He talked to himself as if he were at the wheel of a race car or spaceship. Who knows?

We had a blast. Check us out…

The Hobbit set to Led Zeppelin's "Ramble On"

You have to stop what you are doing right this minute and checkout this photo set or miss Shanti in a Mennonite cart, Shanti making friends at the Jerk Pit, Shanti sucking on a cold beer, and other cutenesses.

Shanti even has her own passport! Oh, if only Annie would let me get our one year old a passport and take him/her with me wherever I go. The fun we would have. I doubt our baby will…

UNITE to NYC garment factory: You underpaid workers about $5 million

The garment industry in the U.S. started in the north-east, followed cheaper labor overseas, and eventually, for the most part, jumped our borders. I know that LA is still (in)famous for its garment factories, but I had no idea that the needles were still thumping away in NYC.

“This latest investigation shows that horrible sweatshop working conditions are still present in New York City and that the apparel industry is still not taking this issue seriously,” said Bruce Raynor, General President of UNITE HERE, the apparel and textile workers union. “The major apparel brands that were using this factory all have social responsibility systems that…

A warning: There be reporters lurking

I’ve been warned that I should watch what I write because the media is starting to lurk in these parts.

This is a good thing, but as I watch the number of visitors grow each month a bit of me longs for the day when most of the hits to my blog were me. And since I knew how stupid I could be already, there was no real concern about writing something stupid or posting, say, this photo.

I’m pretty sure I haven’t said anything that stupid or offensive the three years I’ve been blogging. Most of the credit for this should go to Annie who has silently lurked on my blogs from Day One, making sure that I don’t say anything that embarrasses her.

Thankfully she has enough…