You’re $100 away from making your own dream job 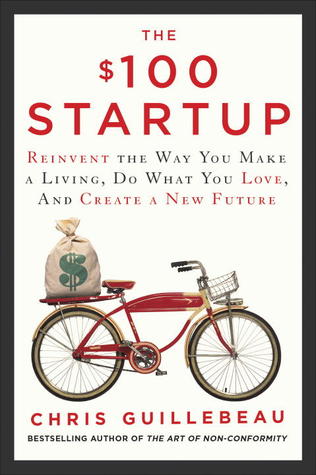 I get asked all the time, but I have no idea how many countries I’ve been to. It’s probably somewhere around 60.

One thing is for sure; it’s way fewer than Chris Guillebeau. The dude is going to EVERY country and he’s just a few away from being done.

When I first heard about Chris’s goal – travel to every country on the planet – I rolled my eyes. What value is there in popping into a place for a day or two? In some countries it takes me that long to work up the nerve to cross the street. I’m more of author Tim Cahill’s philosophy: “A journey is best measured in friends and… I bummed a ride to the airport from a buddy that works in Indianapolis the other day.

He drives a shiny red sports car that makes me want to buy aviator glasses and gun it. He got a great deal on the car. The car barely had any miles when he bought it. The previous owner just drove it on weekends.

That’s right, the dude had a weekend car.

Contrast this with the reason I was bumming a ride: We recently downsized to one car.

A month ago we sold Annie’s Chevy Cavalier, which she bought in college. The average household has 2.28 cars and now we have 1. I thought I would share why we made this…