I think we could all stand to think like third graders a bit more.
—

I was speaking to Abby Scheidt’s (left) class at Fort Recovery elementary. Judy Brewer (middle) was my 7th grade English teacher and she taught Abby in college. Hanging out with both of them and 60 3rd graders was a great way to spend the morning. 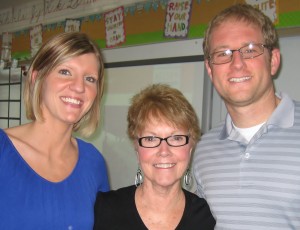 Just can’t thank you enough for spending time with our 3rd graders today! You did an amazing job and we all loved hearing your stories! I’m glad you were entertained by the kids, as well. Thanks so much!!