Slowly we started to plan a path forward to get Griffin the best help we could. We started to connect with other people who had been where we were. I helped run, and Annie participated in, the Facing Autism Project in Muncie (read Annie’s story, read all the stories and download the book for free).

One of the books that helped give me a big view of autism, its history and scope, was Steve Silberman’s Neurotribes. I highly recommend you read it if autism is in your life.

Here are a few of the big takeaways from the book:

Autism as a social justice issue

We should look at autism as a social justice issue. Silberman is gay and credits his own “otherness” for allowing him to take this angle on autism. If possible, autistic individuals should be included in decisions and organizations that impact their lives. (Note: one of the criticisms of the book that rings true is that this take often excludes those who are severely autistic.)

I’m a parent with a child with autism. My thoughts and feelings and opinions on autism matter, but you know whose opinion matters more? My son’s. Fortunately, Griff seems to be fairly high-functioning, so he can steer the ship, as we go along for the ride.

Autism is damn expensive. We spend a lot of time, money, sweat, and tears on autism, and I’m convinced we have the sweetest, easiest little boy ever. Still, ABA therapy is really expensive. But thanks to our insurance (Thanks, Obama, really!), we can afford to give him the best therapy possible. Not everyone has access or can afford such therapies.

Yet our society focuses the majority of its dollars and attention on curing autism or finding a way to end autism. (Curing or ending autism can step into controversial waters and I’m not going to do that now.) Silberman’s point is that more focus and dollars should go toward helping those who are living now with autism and their families.

Nurture trumped nature and that was a really bad thing 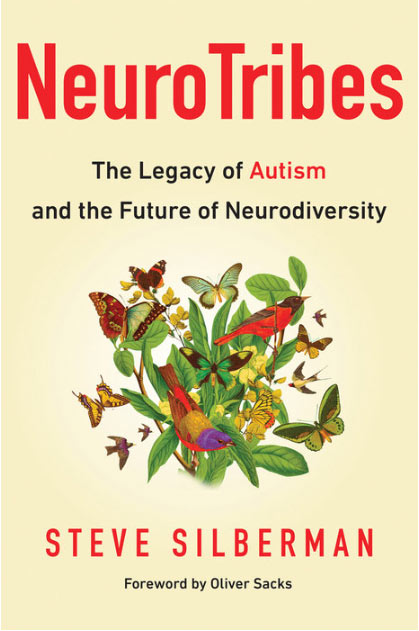 I’m not doing a book report and here nor do I have the book currently handy, so forgive the loose details, but…

Dr. Asperger’s, a doctor in Austria, was the first to “discover” autism (the high-functioning variety). He saw the amazing things these individuals could do (Griffin has been reading since he was two and can spell any word). He saved the lives of the individuals under his care by showing the Nazi’s how useful they could be to society. Others with disabilities were euthanized. Asperger’s believed autism occurred naturally.

An American doctor, Dr. Kanner, claims to have discovered autism a short while later. (He called it autismo just like Asperger’s did and also had one of Asperger’s former research assistants. Hmmm…) Kanner believed autism was caused by nurture–the environment in which kids were raised. This led to the “refrigerator mom theory”–that cold and emotionally disconnected mothers caused autism–and set autism treatment and research back a few decades.

Before we feel morally superior to the Nazis who euthanized those with disabilities, including those with autism, we, in the United States, didn’t treat those with disabilities much better. Silberman recounts horrible stories of how these individuals were treated in group homes and clinics that made jail seem preferable because it involved less torture. I think I even remember something about the Nazis getting the whole “let’s exterminate those with disabilities” thing from a conference in the USA. (May want to fact check me on that one.)

I struggled reading some of these accounts. I’m so thankful that Griff was born today when we understand autism so much more and have resources to help individuals and families.

Anyhow, I read Neurotribes months ago, and when I was reading it talked about it ALL of the time. If you want to understand autism better and it’s contribution–YES contribution– to society, you should read it, too.

Or at least listen to Silberman on Fresh Air…