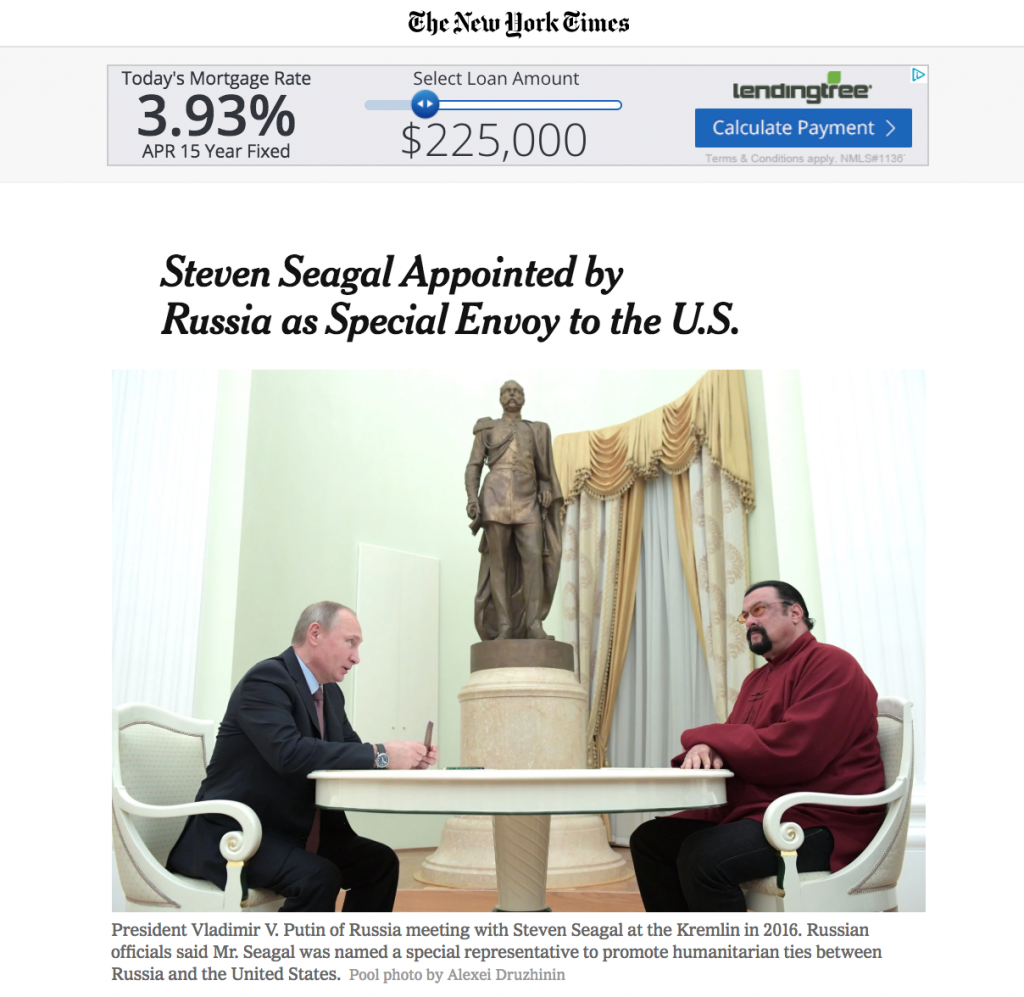 Here’s what I wrote:

I tried to make myself useful during the preparation for His Holiness’s visit. I helped lug a welder up the hillside, and well that’s about all I did. Mostly I ate and played hackey sack and practiced Kung Fu kicks with the young lamas in training. And whenever Sange was available we’d chat about Tibetan and American culture. Things would come up, for instance Sange had stayed at action movie star Steven Seagal’s house while visiting California. Seagal starred in action films like Out for Justice, Under Siege, Above the Law, and I assume many other movies that followed the preposition-noun titling formula.

Sange wasn’t much of a Seagal fan, although it seemed his teacher was. In 1997, His Holiness Penor Rinpoche announced that Seagal was the reincarnation of Chunddrang Dorje, a 17th century treasure revealer. Considering that Seagal has a long history of sexual and domestic violence accusations and has called Vladimir Putin “one of the greatest living world leaders,” I’m not sure about the validity of the claim. He seems a little further from enlightenment than most of us.

We’ve got Rodman. They’ve got Seagal. If these are our diplomats, what could go wrong.