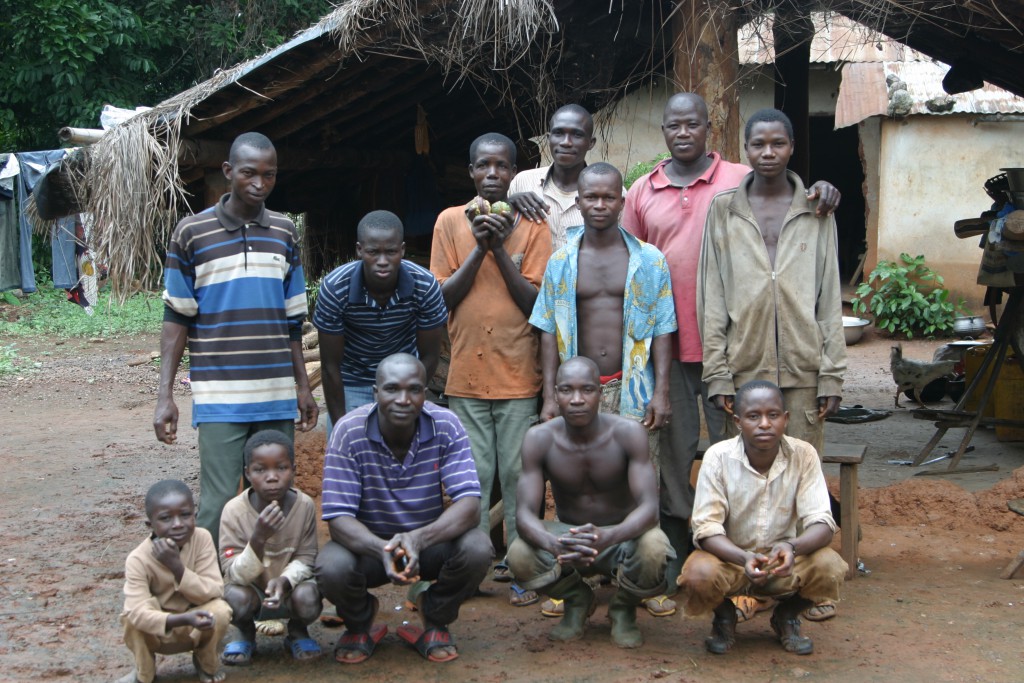 All of these memories of faces and places filled each bite. They aren’t all bad. It was an honor to meet the people I met and learn about their lives. We had lots of laughs.

But there were times where I didn’t think about them and just mindlessly ate chocolate.  I could feel the memories slipping away and I didn’t want to forget about Michael and his family or Solo. So I stopped eating it.

Not eating Chocolate feels right. Meeting them changed me and changing a small behavior, a small indulgence, is my personal way of honoring them and acknowledging that change.

That said, my rules are loose. I rarely consume any Chocolate in a wrapper. I’ll eat chocolate in baked goods. I’ll eat brownies and brownie batter (why do we bother cooking it in the first place?). I’ll eat S’mores.  I’m not militant about it. But turning down offers and urges to consume chocolate most of the time has made me more mindful of the act.

I also eat Fair Trade chocolate and have come to appreciate higher quality chocolate.  It’s simply more satisfying. I’m noshing on some Fair Trade Green & Blacks as I write this. Walgreens had it on sale for $1 per bar. I bought them out! I don’t keep track of my chocolate budget, but if I did, I would guess that I spend less on chocolate than I did before. Yes, I buy more expensive chocolate, but I buy less of it. There’s also something more enjoyable about eating chocolate that I know is improving the lives of people who produce it. Some of my favorite brands are Alter-Eco, Equal Exchange, and Madecasse.

I’ve found that many of the “ethical” and “environmental” food choices I’ve made—fresh eggs, beef raised on a small farm by my wife’s aunt and uncle—have increased the enjoyment I get out of food.

We are surrounded by Chocolate. You don’t realize it until you give it up.  Free Chocolate at the reception desk, leftover Halloween candy, a friend who always has Peppermint Patties (Peggy!) in her office, another (Jama) who has a bottomless candy jar.

“No thanks,” I say each time it is offered. They don’t ask why. I mean who turns down chocolate? Each time I say no, I know why.

I say no because it is my way of not forgetting.

I already had familiarity with this issue, but certainly not to this extent. I’m wondering where Trader Joe’s chocolate lies on this continuum?