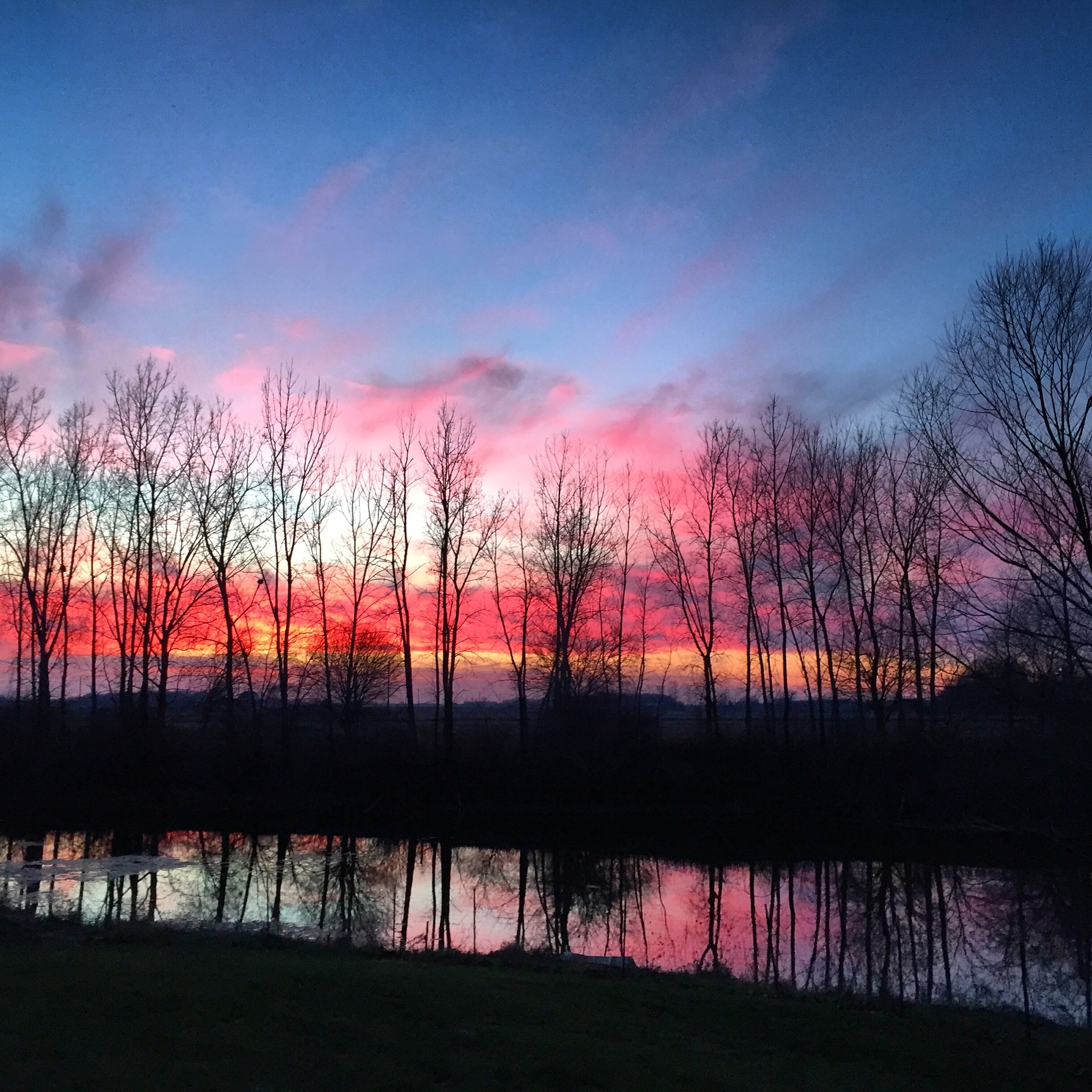 I often wonder how the hole got in the door of the Jack and Jill bathroom. It’s at the right height and size to be a fist. Did the occupant of the “wish it, dream it, do it” room punch a hole in it? Was it an accident?

My wife removed the words of inspiration, painted the pink walls orange.

This place. This house–this thing of things–isn’t ours. No more than the cup owns the water or the ground owns the pond. We simply fill it with life and laughter and new things.

Speaking of ponds, ours is held in place by a beaver dam–sticks and mud. The previous occupants of our property tried to control nature. At some point, they must’ve stood back after a hard day’s labor and thought the work was done. But now netting and PVC pipes have eroded away and washed downstream, no match for the persistence of time.

The dam leaks. I don’t think beavers go south for the winter or hibernate, but the ones who lived here have moved on. Trying to patch it is a humbling experience. An overgrown rodent with no advanced degrees or opposable thumbs or chainsaw, who has never taken a class in hydrogeology, is a billion times more proficient than me at maintaining a dam. But beaver or man, no matter what we do water and time will always win.

We splash around in the water. We eat in the kitchen. We go on walks through the woods.

The kids aren’t me, they are of me. I had a geology professor in college who began his first class with the Crosby, Stills, and Nash song Woodstock:

We are stardust, we are golden,
We are billion year old carbon,
And we got to get ourselves back to the garden.

We are not the stars, but we are stardust.

The house will outlast us, someone else will move in and paint the orange on Griffin’s walls another color. But even the house will eventually disappear. The woods will stand unless a new owner tears it down to make room for a few more rows of corn or soybeans like the farmer is doing across the road. The smell of the burning woods wafts through the open windows. Hundreds of years of forest, up in smoke. 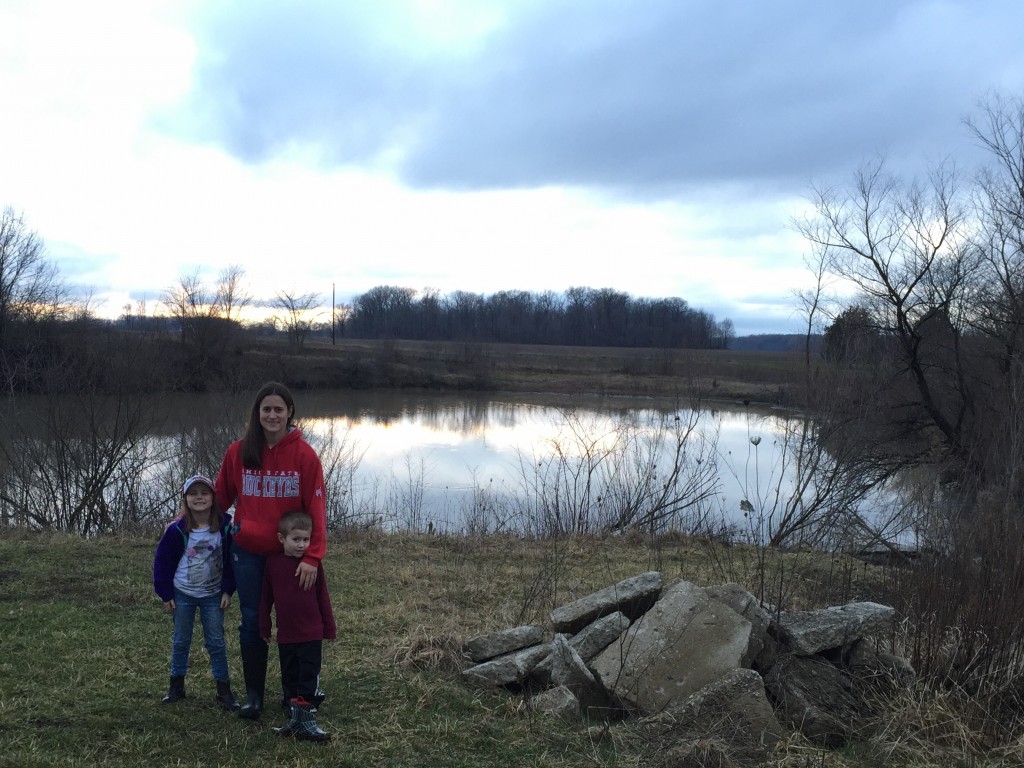 I’ve always been amazed at how quickly humans, me included, take natural beauty for granted. Think of the most amazing place you’ve ever been. The first time you stepped into it, beheld the waterfall or vista or canyon or flowers, the rhythm of your heart changed. You physically reacted to the natural world. And then in maybe 10 minutes or a few hours later, you started to think about what you were going to eat for lunch or the return trip. You got your picture, turned your back on the site and left it behind.

In my 20s, I was especially impatient. But now I enjoy watching the heron, who we’ve named Hershel, who lives on the pond, take flight. I enjoy the passing seasons more, perhaps because I’ve lived long enough to know they are finite. I find joy in watching the erratic path of a humming bird. I’m finding bigger meaning in smaller things.

My grandpa always had a bird house. He knew the visitors. He had a squirrel feeder with a little stool the squirrels would sit on like a human as they ate. Maybe he sat and pondered how our primate ancestors once looked like squirrels 65 million years ago. But I doubt it. I think he just enjoyed watching a squirrel eat. I think I’ll get there someday.

Last fall I camped out with my 6-year-old daughter next to the pond. We lay in the grass and stared up at the stars, billions of light years away, placed by an unseen hand. It was one of those clear nights where you can see the Milky Way, satellites, and shooting stars. We searched for constellations, trying to put names on the nameless. Trying to wrap our minds around the infinite.

Frogs croaked. We could hear the pond trickling through the beaver dam. I was surrounded by my woods, my pond, my property, next to my daughter. Our backs on dewy ground that is ours by the laws of man, and by the laws of man alone.

Harper giggled so hard her eyes closed. I turned from the stars to her face, laughing at her laughing.

All we actually hold and own are moments. Our laughs faded away.

Trying to fix the dam:

@KelseyTimmerman
says:
@sharonschneider People who have health insurance through work don’t have the time to use it because they are working!!
6 hours ago | FOLLOW ME! | RETWEET