Why I read the Dhaka news EVERY morning

Context: There is an emergency government in place (don’t worry Mom it’s more than peaceful time in Bangladesh) and all stores must close by 7pm.

The story (verbatim, and no the typos aren’t mine):

A mobile court ordered about 70 traders to sit down and stand up by holding their ear in punished for keeping their shops open beyond 7:00m in Moulvibazar Thursday night. 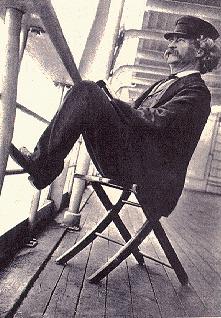 I never thought my first river boat experience would be in Bangladesh, but it was. And it was a good one: being served tea on the front deck, watching the low-lying countryside slip away, the pulsing of the paddles, three meals a day, casual conversations, not-so casual conversations (everybody wants to talk politics with an American), and river dolphins.

I made this audio slideshow for the 28-year-old cabin boy I befriended.

Meet Arifakter. She makes our clothes.

She works 60 hours a week and gets paid .10 cents/hour ($6/week or $24/month). She rents a single room on the 6th floor of a building that looks like it has been gutted by a fire. To afford the $43/month rent, she shares the room with 6 others.

She may work harder and get paid less than mom’s in the USA, but she still has the energy to attend to her daughter’s stubbed toe.

Today, I met many men and women, girls and boys just like Arifakter. They all have their own stories, hopes, and dreams.

How rare is it for someone like me to show up in Bangladesh? This is how rare…

Thanks to the gang of The Daily NewsLine for taking the time out of there busy day to talk with me. It’s an honor to be news….

The Kings of Fantasy Kingdom

Admission for one-day for one child at Disney World is $67. The average American family can handle this.

Admission for one-day for one child at Fantasy Kingdom in Dhaka is $2.60, a price beyond the reach of the average Bangladeshi family.

Fantasy Kingdom is surrounded by garment factories and rice fields. Many of the locals will go their entire life without taking the first step under FK’s bright, welcoming gates.

Today, for the price of one Disney World admission, I took 19 kids and one old farmer. We had the park to ourselves. There was no line. We were the line.

Roller coasters, playgrounds, and pizza filled our day. At times it seemed normal. And…

Calling about my underwear

It’s not the most exciting audio-slideshow ever, but it gives you an idea of the runaround that I get trying to locate the factories.

The night of the Bangla New Year, I went to an amusement park named Fantasy Kingdom with some friends. The place was packed and it didn’t take long for them to realize what life is like in Bangladesh for me: blatant staring, people wanting to touch me, get their photos taken with me.

My friends started to call me Tom Cruise and we brainstormed a business: Get your picture taken with Tom Cruise. We assigned rolls. Tuhin would be the manager and Kamrul the security. I, of course, was Tom.

You’re probably thinking that all of this is an exaggeration. That you’ve been places where there was no one like you and people stared. Trust me. Unless you are famous or are a whitey at…

A search for Muslim shirts

I was trying to figure out the name of the shirt I wore during the Bangla new year and came across this website – hijabman.com/store.

I never did figure out the name of my shirt, but I wish I was Muslim so I could pull off this hijabman shirt that says: “Frisk me, I’m Muslim.”…

Happy New Year if you are Bengali, happy Saturday if you aren’t.

My day started at 4am. I am beat. I’ll write more later, including how my “White Boy” fame nearly started a riot at a rock concert. This day was so, so very long. For now here’s me and Bibi on her rockin’ truck of Bangla beats…

How are you spending your Bangla New Year?…

My bladder caught with his pants down

The night bus rolls on and I make a pact with my bladder: The next stop, I’ll let him go.

I’m in the twilight that comes with sleeping, not so much because you need to but because you don’t want to see what rules of the road and physics the bus driver is trying to break, and don’t notice the bus has stopped. Finally, I awake and step off the bus. A shanty town bus station. I ask a lonely ticket saleslady where the toilet is. She points around to the back of the buildings.

“Hey boss. You need toilet? I show you.” Says the bus attendant.

I’m led around the corner of the building.