Glocal Challenge #2: Not in my backyard 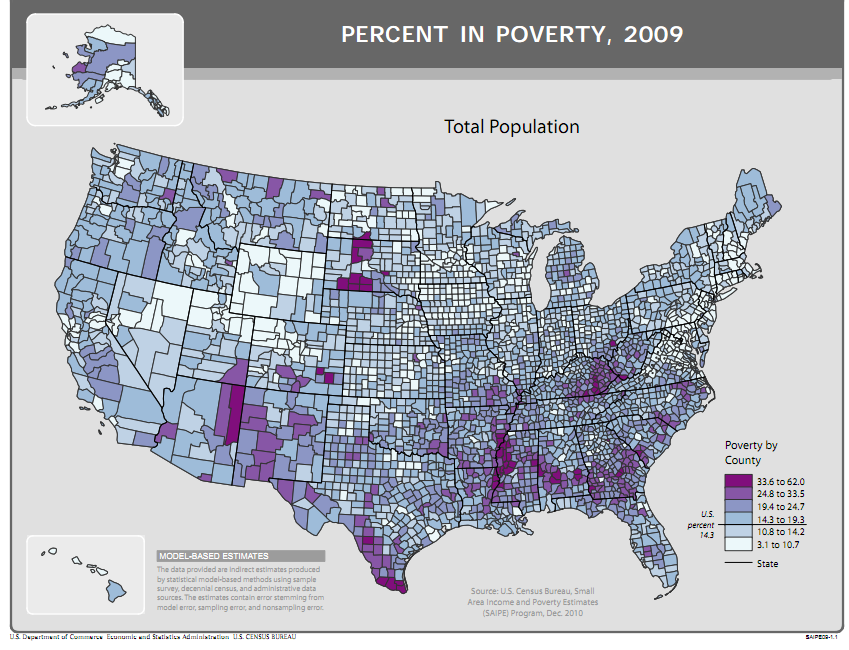 14.3% of Americans live in poverty. How many of them are your neighbors?

(This is the 2nd Glocal Challenge. Let’s Go Glocal together.)

Mom and dad’s dog got out.

I stomped across the frosty fields of snow. The remains of the fall harvest were under foot, making each step a search for balance.

“Zoey! Zoey!” I hollered into woods and across the empty fields.

Until now there had been no reason to knock on the doors of the neighbors. I had lived in the neighborhood for nearly a decade and zipped past the properties at 55 miles/hour. There aren’t even that many neighbors to know – maybe thee to four houses every mile.

The first door I knocked on was metal – white, rusty metal. The white metal siding on the house was rusting, so was the beater Chevy blazer in the drive. The house, the barn, the Blazer, could be painted with two colors – snow white and rust the shade of old blood on snow.

With each knock, the door reverberated like thunder – or at least the in-studio thunder made for old-time radio dramas.

A woman answered. She was bundled against the cold. At first I though I was catching her on her way out. When she asked me to step in, I realized the house had no heat.

No heat. In winter. In Ohio.

I handed the woman a Missing Dog flyer with Zoey’s sweet mug and flappy ears. Those ears bounded without a care as she chased squirrels around my parents’ woods. And at night those ears lay on the floor of her heated doghouse.

A heated house. For a dog.

Mom and dad’s house sits back a quarter-mile lane in an 11-acre woods. They have a heated doghouse and a heated pool, a full basketball court complete with adjustable rims for dunking, a generator that can power the whole house if the power goes out, in addition to everything else a person could want.

The woman hadn’t seen Zoey. That was fair, because I had never seen the woman and the poverty that she lived in until now.

I eventually found Zoey (although that’s a heartbreaking tale for another time). In searching for her I found a new perspective on where I had grown up. I had never realized how much poverty surrounded my childhood oasis in rural Ohio.

Glocal Challenge #2: Not in My Backyard –

Do you know the poverty statistics in your own community? They might surprise you, and likely not in a good way.

Visit the U.S. Census’s Poverty Estimates and find out how many are living poverty in your county.

Next week I’ll be sharing my own findings and discussing how easy it is to be blind to the poverty in our own backyards.

Just so you know by retiring last June, I have moved into the poverty level. Good thing I had been saving for a rainy day, eh? I will add to my income in 5 years when I am eligible for early Social Security, might as well get it while there is some left. Holding off on tapping into my IRA. Yeah, I know how the other half lives.

Rebecka, sounds like you are on a tight budget. I think the definition in terms of demographics of poverty should factor in savings. Some months by income we live in poverty and other months we are wealthy.