I’ve had several professors tell me that for many of their students this is the first book that they’ve really dug into. Essentially, the students have never met a book they liked regardless of the cover. Still, I’m not sure about it. A bookseller once told me that it looked very YA.

I can be unsure about the cover and not be badmouthing my publisher or the designer who did it because the cover was my idea. Some authors go rounds with their publishers over the cover and even try to get some type of cover leverage built into their contract.

The story of my cover goes something like this:

Publisher: Kelsey, do you have any ideas for the cover?

Me: How about a dude standing there with arrows pointing to his clothes noting the countries they were made in?

Publisher: How about this? 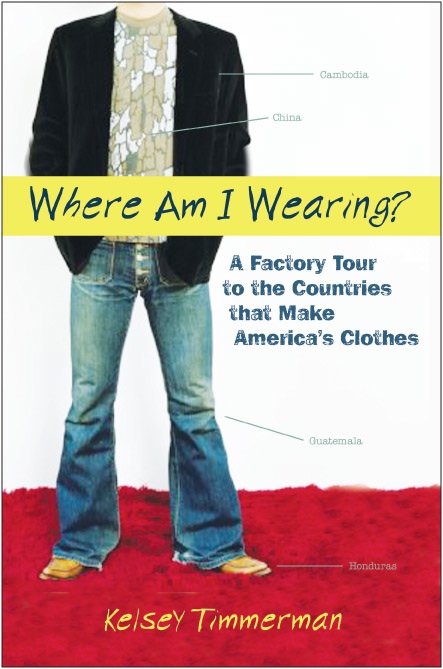 Publisher: I thought the same thing. How about this? (The actual cover of the book)

Me: I like it. Plus anyone that mistakes the guy on the cover for me will think I’m totally ripped!

If I had a dollar for every time someone (usually a female) has asked me if that was me on the cover, I would have enough money to buy a lifetime gym membership. It’s pretty obvious from my lack of guns that the dude on the cover isn’t me. Still, when I tell them they are deflated. Lately I’ve been toying with the idea of saying, “Yep, that’s me. Unfortunately after that photo was taken I jumped into a crocodile-infested river to save a puppy and came down with a rare jungle illness that robber me of my muscle mass.”

So who is the dude on the cover? And how do I thank him for doing a thousand arm curls a day?

Well, I want to find out. Today I’m launching Operation Guns Are Real?: The Search for the man on the cover of my book. My goal is to find him and interview him and give his biceps a virtual squeeze.

Careful here, K. What happens if you find out it’s actually YOU with Photoshopped guns? (PS–It’s actually me on the cover… they just lightened my skin tone)

Sonny, that’s some darn good photoshoppery. I’ve got pea shooters. How much you benching these days. Every time you post on FB that you were at the gym, running, or doing Kung Fu, I feel guilty.